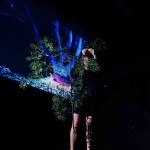 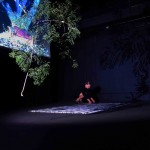 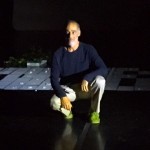 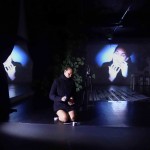 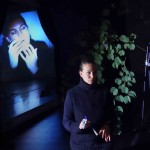 Transversal Madness was created in dialogue with Swedish choreographer Carima Neusser. It was first presented publicly at the Satyrianas festival in Sao Paulo. It was the 30th anniversary of the festival and it was performed in dialogue with a team of students from SP Escola de Teatro. A second version was then performed in Mexico in close collaboration with Mexican dancer Alcibiades Papacostas.

The performance takes its inspiration from a painting by Swedish 19th century painter Carl Fredrik Hill and investigates different forms of insanity and how historical, social and political ideas inform our understanding of the phenomenon. It invites the audience to take in music, film and dance in unusual configurations. The relatively slow tempo of the piece allows the spectator to reflect on how madness can be re-considered to challenge his/her conception of the world. Hill’s painting also forces the visitor to re-evaluate how we see desire, especially when insanity removes the social inhibitions that often are associated with our desires. The artists find in the investigation useful tools to understand the current social and political climate – especially asking if pathological desire to control the world and the people in it, constitutes another form of socially acceptable madness.

Early in the performance the following text is read (in Portuguese and Spanish):

“This performance takes its inspiration from a painting by Swedish 19th century painter Carl Fredrik Hill. At the age of 28 he started suffering from hallucinations and paranoia and remained in a state of madness until he died at the age of 61. During the time of insanity, he produced many thousands of drawings and paintings. It has been said that making art was a way for him to retain a grip on the confused and haunted world that he was living in. These painting have an uncanny quality and far outshine the work he produced when he was sane.

Our understanding of madness is influenced by the society we live in and the history that has created it. Do you know what madness is? What kind of feedback loops makes it persist over time? Are the insane and their insanity also shaped by the social and cultural values that surround them? Do Mexicans/Brazilians go insane differently from Swedes? 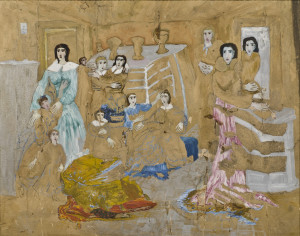 The painting that has inspired us depicts women whose bodies fade into invisibility. The women represent the bourgeois and the socially acceptable. However, their hands reveal another person, as if they belong to another world. Beneath the women’s façade of respectability, we see other beings whose desires and intentions are running wild. To Hill, the sane are afflicted by another form of socially acceptable madness.

Hill paints beings who are prisoners of a will to control everything: their bodies and the world that surrounds them. Those who are considered to be sane, are over-investing in order, rationality and efficiency and punishes anyone who stray from the norm. The sane are hollow, their spirits dead. They are cut off from their own desires and what they really desire is revealed through their hands. But are the spiritually dead aware of the state they are in? Are the hollow men aware of their hollowness?

In many of Hill’s paintings human desires are revealed as powerful forces. The artworks are like mirrors that allow us to look into our own souls afresh and see the creative potential of our desires and what society has repressed. Can these images support us in distinguishing our own desires from the ones that others try to impose on us? What would happen to us and the fabric of society if we stop fearing madness as well as our own desires?” 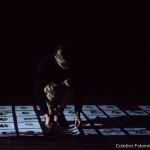 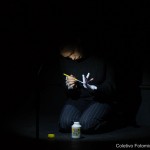 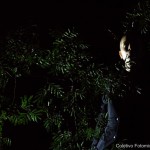 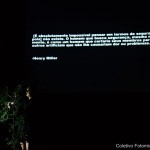 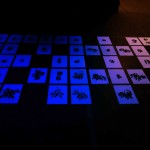 Throughout the performance the performers on stage relate and reveal their desires through the movements of their hands. Their desires are retained and revealed in slow meditative pace. At one point the following quote is projected in the space:

“[It is absolutely hopeless to think in terms of security for] there is none. The man who looks for security, even in the mind,is like a man who would chop off his limbs in order to have artificial ones which will give him no pain or trouble.”

Huttner presents videos that have been specially conceived for the piece and makes live electronics. The events are supported by the Swedish Arts Council and Helge Ax:son Johnsons stiftelse.