The Power of Ontologies 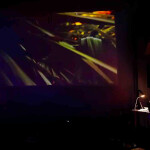 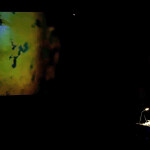 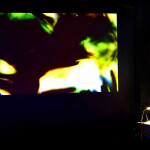 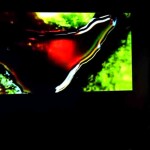 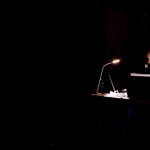 During the performance Per Hüttner guides the audience on a journey into George Orwell’s life and the places he lived when he was working on the novel 1984. There are several unexpected twists and turns during the journey. Hüttner creates an atmosphere for imagination influenced by stories, music and  moving images. Both sounds and videos are moulded by Hüttner’s real time electroencephalogram (EEG) with the goal of putting himself and the audience in a light trance. The EEG technology constitues a way of recording brain activity on the surface of the scalp. Hüttner has been developing a new technology together with neuroscientists, musicians and other artists since 2014 that connects digital tools from neuroscience with technique used in sound and video . They call the interface the EEGsynth.

Virtually all sounds in the performance come from readings of 1984 or from film adaptations of the novel. The artist takes a unique approach underlining the fact that there are no descriptions of nature in the story; all focus remains on the interactions between humans. Furthermore, Hüttner proposes an alternative scenario for Orwell’s machinations of an autocratic state offering a new narrative to the cold, grey, rationalist London.

The exhibition and performance program was curated by Anne Klontz and supported by the Nordic Culture Point.