The Shift at Flat Time House 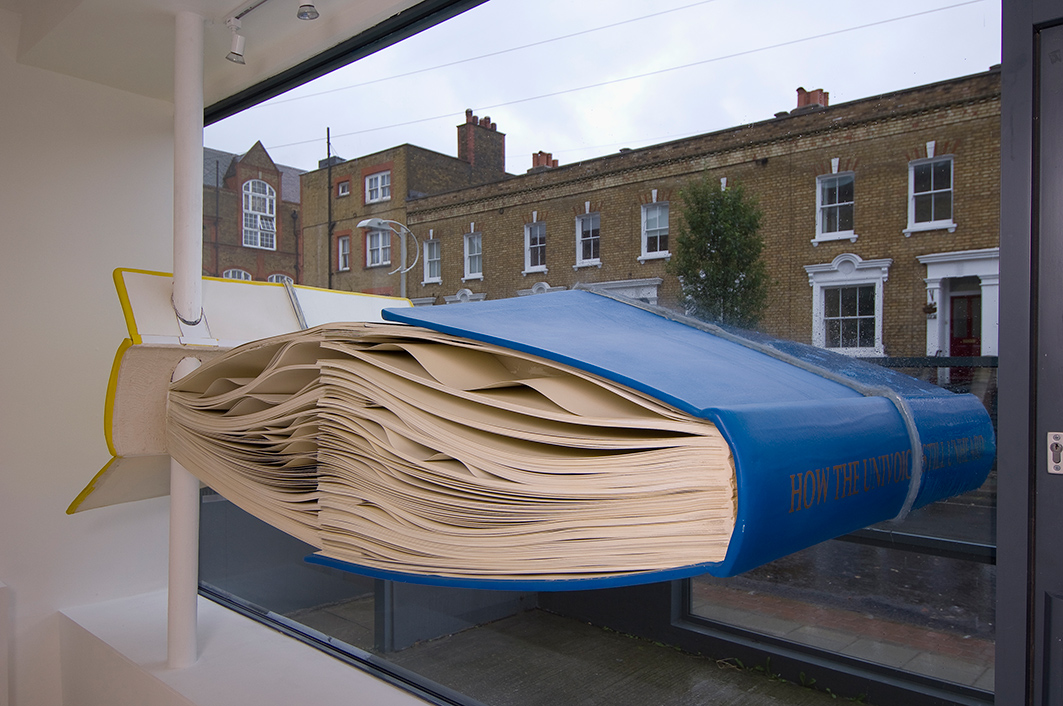 In the eight years since Flat Time House opened, the stencil letters sprayed by John Latham on the walls stating ‘the shift’ have been a constant, ever-present among the works in exhibitions and a backdrop to all the events and discussions that have taken place. Their presence refers to the shift in perception from rational to intuitive thought, as well as the paradigm shift that would be required for the establishment to take on board the new cosmology presented by Latham’s theory of ‘Flat Time’. In 2003, Latham declared the house a living sculpture, naming it FTHo after his theory. Until his death, Latham opened his door to anyone interested in thinking about art and it is in this spirit that the space opened as a gallery in 2008. As we approach Flat Time House’s imminent closure and metamorphosis into a new articulation, this exhibition brings together works representing virtually all of the exhibitions and projects conceived at Flat Time House, and by the institute offsite, over the last eight years. Curated in collaboration with previous curator/directors Elisa Kay, Claire Louise Staunton and education officer John Hill, The Shift presents an extensive and overflowing selection of artwork that has been inspired by and conceived in this unique space.

Per Hüttner and Fatos Ustek are proud to participate in the Shift with texts that formed the foundation for their first performance together.