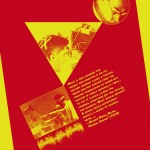 - Hemispherics by 1+1=3 will be performed at IKLECTIK Saturday, April 28th, starting at 7:30pm (doors open at 7pm), followed by a talk and open discussion. You are warmly invited to share in the experience and following conversation.

1+1=3 is an interdisciplinary international collective working on the interface between performative art, music and neuroscience. Their research addresses the history of brainwave music, finding new ways of introducing contemporary neuroscience techniques and artistic concepts in a mixing of thoughts and ideas that originated in the late 60s with Alvin Lucier’s Music for Solo Performer. As part of their research, the group has developed the EEGsynth with which they can use live brain measurements to interface with analogue modular synthesizers, creating increasingly complex feedback loops between performer, audience and the sonic space.

In late April, 1+1=3 will be hosted by IKLECTIK for a short residency during which they will begin the development of a new performance using two performers interconnected via modular synthesizers, creating consonance and dissonance, change and order, in a push-and-pull of conscious and unconscious brain processes. 1+1=3 is Per Huttner, Samon Takahashi, Stephen Whitmarsh, Jean-Louis Huhta and Robert Oostenveld for this event.

1+1=3 is supported by Kulturbryggan and Helge Ax:son Johnsons fond.