Duet with a Dying Plant 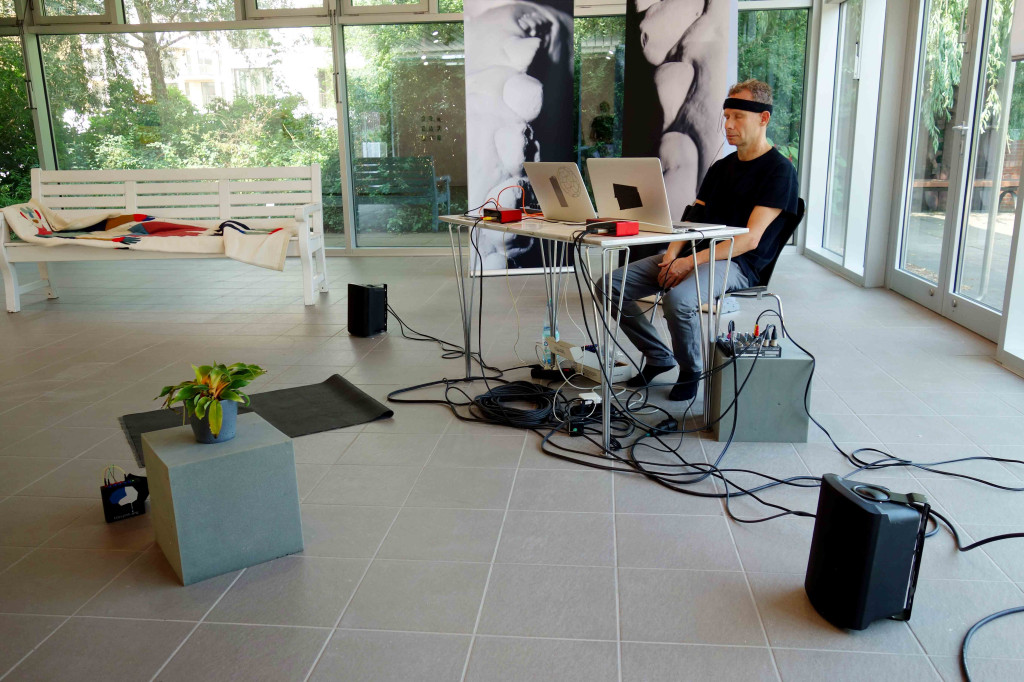 On Saturday August 21, 2021, Swedish artist Per Huttner will be performing “Duet with a Dying Plant” at BKV in Potsdam. The performance is a part of the project and exhibition “A Palliative Turn,” which asks questions such as: What would happen, if we began to think of art as a practice that helps us leave this life behind? A process that prepares us for the fact that individually and as a civilisation we will cease to exist in this form rather soon? In an ongoing process a group of artists and thinkers reflect on the possibility of a  “Palliative Turn” in art.

Huttner’s performance is an ongoing musical improvisation that lasts the whole day. In it the artist and a dying plant make sounds together. This is achieved by putting electrodes on the plant and on the artist’s skull. These generate real time measurements of both organisms inner movements (the neurological movements of the artist and the dying plant’s inner signals). The measurements are then used to create digital sounds. The two sounds intertwine and affect both performers and create feedback loops between them.

Huttner has since 2013 been part of a Vision Forum team of musicians, neuroscientists and visual artists that develop hardware and software that allows technology from music, stage technology and neuroscience to interact. The technology is called the EEGsynth developed so that artists from different genres can create new performances. 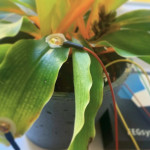 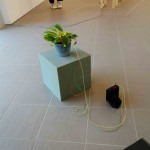 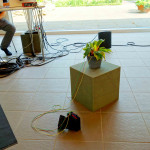