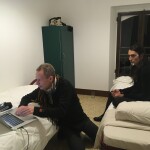 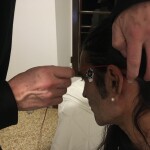 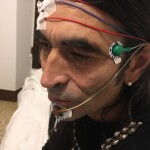 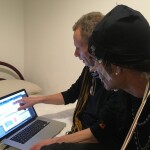 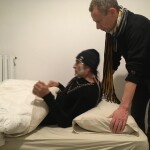 Delta* is a project where a group of artists and neuroscientists together develop performances for sleeping audiences. These are not only performances for sleeping people, but the sleeping audience also influences the performance. This happens through measurements of the sleeping person’s brain activity (EEG – electroencephalogram) throughout the night. The measurements of the brain are connected to sound generating, smell emitting and light producing devices. The sounds, smell and lights affect the sleeping person which the influences the artistic output creating infinite feedback loops.

The project started in June 2020 and the project’s team is in the process of investigating how nocturnal artistic performances can influence the sleeping and waking lives of the audience. In order to know more about how different people react to different inputs (so far the focus has been on sonic input). They have much time experimenting with different sounds in Sweden, Holland and Italy. The results are promising.

Sleep is closely connected to dreams. We know little about the origin and function of dreams. Researches claim that it is unlikely that dreams would not play an important role in animal health since it is such predominant feature in so many animals’ sleeping patterns. In order to approach dreams from an artistic angle, the the team has joined forces with Emilio Fantin, an Italian artist who has since many years investigated the collective aspects of dreams.

A first workshop was carried out in Bologna and Marzabotto in December 2020 with artists and curators from Sweden, Italy and Switzerland. The goal was to see how sounds, influenced by the sleeper’s EEG affected the sleep and dreams. Throughout the workshop the group also cooked and ate specially prepared food to inspire dreams. 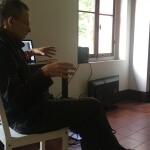 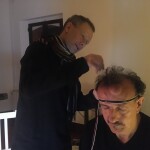 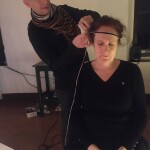 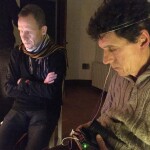 *Delta waves are the most prominent brains for the sleeping brain and are not extensively present in the waking persons neural activity. Little is known about their function, but it is clear that delta activity during sleep is essential for human wellbeing.