1+1=3 was invited to perform at Folkteatern in Gothenburg. Special in this performance was the inclusion of EEG-controlled video-art made possible with a new module (the GeoMixer) made by Robert Oostenveld, in which a single control value (based on the EEG alpha level) is able to control the interaction between three concurrently playing videos. These video’s were especially made for the occasion by Per Huttner, while the modular synth was controlled by Jean-Louis Huhta, as well as Huttner ‘s EEG.

The audience entered the dark space and the three performers were already in place. Huhta was sitting on the left side of the stage at his modular synthesizer. Huttner was sitting in the centre with his back to the audience, facing the dark video screen and connected to the EEGsynth. Robert Oostenveld was sitting facing Huhta to the right and was monitoring the EEG and video. He made a short introduction to the performance and how the technology that the collective uses works. 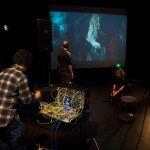 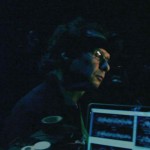 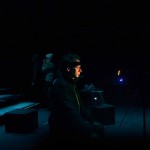 The performance started in the dark with a slow drone-like sound. Huttner started moving his body to the music which was clearly influenced by his alpha-waves. Having meditated 45 minutes prior to the performance he quickly went into a trance that was further enhanced by the music. About 10 minutes into the performance the video started. The videos were slow and hypnotic and were created by Huttner to put the audience into trance. The first images showed slow, nocturnal movements of plants and forests. The quality and colour of the image was influenced by Huttner’s alpha level creating parallel movements in sound and image.

As the music got more intense, so did Huttner’s movements and the images became more abstract and dream-like. Huhta added rhythmic elements and temperature of the space augmented. At the height of musical intensity the images changed suddenly showing eerie images of architecture and vistas of distant cities. The music subsumed and the images focused on empty public places in an unknown and exotic city. 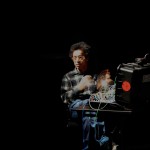 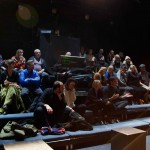 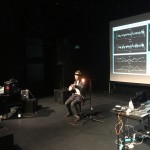 After the performance the audience asked questions and described their experience. They agreed that they had been transported to an altered state of mind, that they felt calm and that the performance had lasted much longer than they subjectively experienced. Many talked about the hypnotic quality of the images and sound had affected them profoundly.

AnAtomic is performed by: Per Huttner, Jean-Louis Huhta and Robert Oostenveld. 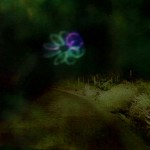 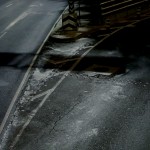 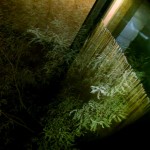 1+1=3 is an interdisciplinary international collective working on the interface between performative art, music and neuroscience. Their research addresses the history of brainwave music, finding new ways of introducing contemporary neuroscience techniques and artistic concepts in a mixing of thoughts and ideas that originated in the late 60s. As part of their research, the group has developed the EEGsynth with which they can use live brain measurements to interface with analogue modular synthesizers, creating increasingly complex feedback loops between performer, audience and the sonic space.