Per Huttner Resigns from ISBA 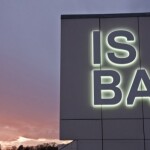 Per Huttner has been a member of the board of the art school ISBA in Besançon since 2011. When he began, the institution was an insignificant regional school. In the last decade it has become one of the four highest ranked art schools in France. The school’s director, Laurent Devèze, has created a dynamic program for the school which now has an amazing track record. Devèze has become the subject of a smear campaign since September 2020 and he was recently sacked by the city of Besançon. It is strange and alarming that virtually no board members know what the accusations against him are. They have not been informed what the outcome is of an internal investigation about his supposed wrong doings are. (The Police looked into the evidence in October 2020 and found no ground to start legal proceedings.) There has been vague allusions to sexual misconduct and to the fact that alcohol has been served at openings – but the board still do not know.  The city still insists that the board should vote for a temporary replacement for the director. Huttner has in response to that, together with the other two artistic advisors on the board, resigned to show their contempt for how the City of Besançon and the Chairman of the Board Aline Chassange has handled the affair. The series of events form a particularly dark expression of Cancel Culture.

On June 4, 2021 the court in Besançon announced the case that the City of Besançon attempted to launch against the school’s former director was dropped due to lack of evidence. It will not repair the damage that has been done to the school and its students, but at least it shows that there is some justice